“Limiting beliefs are those which constrain us in some way. Just by believing them, we do not think, do or say the things that they inhibit. And in doing so we impoverish our lives. We may have beliefs about rights, duties, abilities, permissions and so on.”

How many times in life have we told ourselves we can’t do it?

Henry Ford has a famous quote that says “If you think that you can do a thing or you can’t do a thing, you’re right.”

We are all our worst enemies when it comes to accomplishing things in life. How many times have you told yourself that you would not be able to accomplish something put in front of you?
These are called limiting beliefs.

Recently, I’ve been fighting off limiting beliefs in regards to making sales and setting up support for our new company. We have incredible products, ones that I truly believe will help small businesses. And, I pay the bills for the stores I own, so I know how stressful it gets for business owners. We have not priced these new products by what the market will bear. We priced our products with what we thought were fair margins and what we, as owners, thought we’d pay for them even though the market is currently higher for most of the products we are offering.

I believe in what I’m doing as much as anything I’ve ever done. That doesn’t mean that I’m not trying to drive myself crazy filling my mind with limiting beliefs. “There is a ton of competition”. “It will be a lot of work to get this off the ground”. “I don’t have a background in being a sales organization”. This one is especially tough to choke down considering I owned DrivingLoyalty for 12 years. The best I can do is try to recognize that I’m doing this defeatism to myself and counter it in my head.

I heard someone at the gym the other day talking about getting ahead in life and they said “it takes money to make money”. We have all heard this adage many times. If you’ve ever said it, you are taking part in a limiting belief.

I’m not saying getting ahead financially is easy. It is very hard, but I’m positive that we all spend too much time trying to talk ourselves out of being successful. Also, I realize that we all come from different backgrounds. Some kids grow up and are lucky just to make it through the day. It’s hard. Still talking ourselves out of trying won’t get us there.

Ok. Back to financial limiting beliefs.

The fact of the matter is that this adage is not true. According to Thomas J. Stanley’s book, “The Millionaire Next Door“, only 20% of millionaires inherited their wealth. Most of these people simply worked, saved their money and then picked their heads up after many years and realized they had accumulated some wealth.

The key to becoming wealthy is to produce more than you consume and save and invest the difference. This is hard work.

“I can’t” is dangerous. When you start with an “I can’t” or “it won’t work because of a, b and c”, you often give up before even starting. You will never succeed without actually attempting hard things.

Ok. About 1000 rambling words that I hope made some sense. It would be great if you never have limiting beliefs but this is just not realistic. What do you do?

First, recognize that you are making yourself crazy.

Please contact me if there is anything I can do for you at scott@www.problemsolutionhq.com.php56-4.dfw3-2.websitetestlink.com.

To learn more about additional business solution products and helpful business information, join us!
If you were somewhat inspired by this post and know someone who could relate to or benefit from it, please share this either through social media or by forwarding the email. 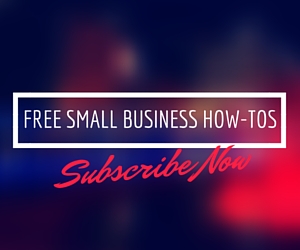 Learn Which Business Structure is Best for You